I wanted to redo 15.1 today, but couldn’t make it to the box. So instead I went for a run. Which went quite ok. I’m always happy when I manage to run 5k. I had one little walk break somewhere in the middle, but was able to keep running the rest of it. My feet were hurting a lot.. not sure if it was the shoes or I’m just not used to running anymore.

Interesting to see is that my pace was the exact same as my last 5k run in September last year. 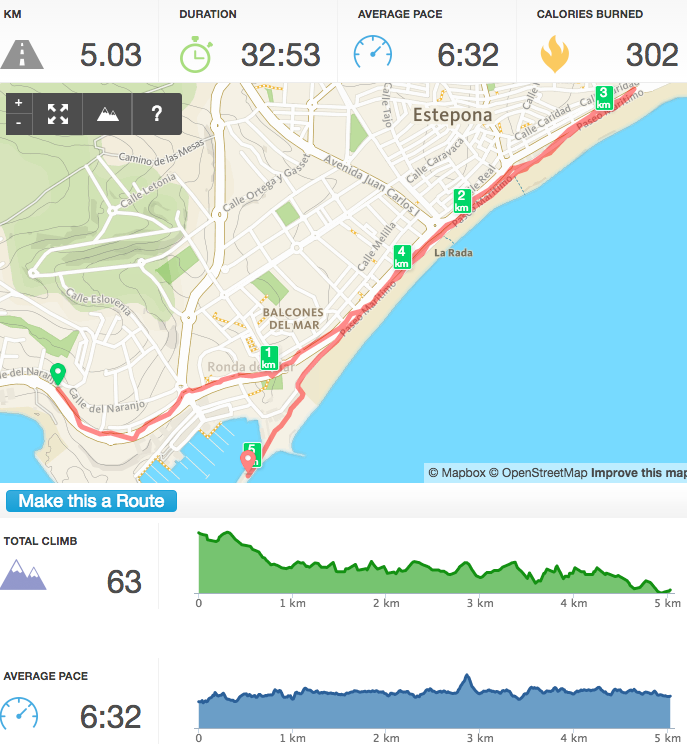 I was treated to this view at the end of my run :). 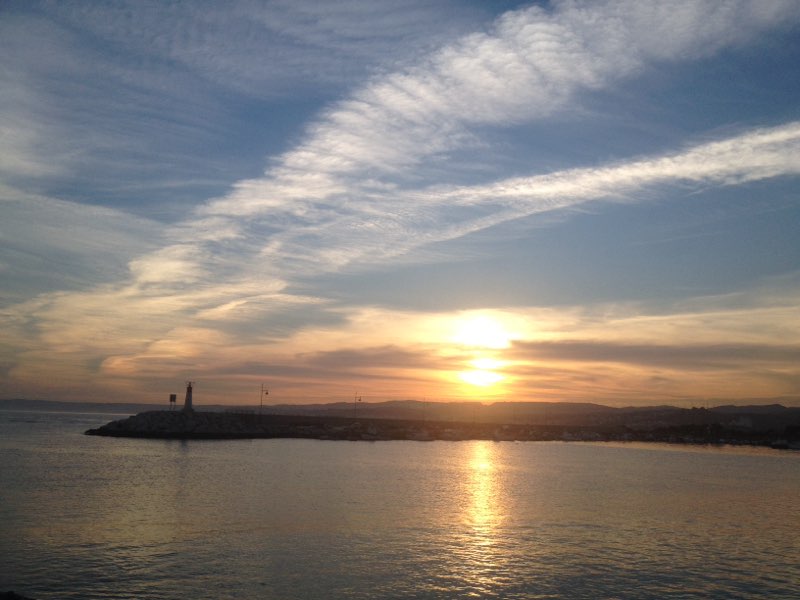 I had a super lazy day on Saturday, basically hanging on the couch reading my book all day. (Ok, so I am geeky enough that the book was about CrossFit, but still.)

No improvement there, but at least my average pace didn’t go down either. I have to admit that it was quite hard…. to keep going. You would think that a full year of CrossFit would have made me a bit faster… or at least make it feel easier at the same pace. But no such luck. It does give me motivation to start running a little bit more though. Maybe not 5k’s, but I think it would be good to do a bit more interval training with running. I dislike it so much though… so it’s hard to motivate myself.  But I think I will be running a bit more when I’m in Holland next month. Take advantage of the flat country (because if there is anything I hate more than running, it’s running uphill).  Oh btw, my run this weekend was actually with a little elevation as well, and the one last year was in Holland so completely flat. So.. there you go.. maybe I did improve a tiny little bit :p.

I think it should be my goal to run a 5k under 30 minutes before the end of the year!

I ate 2 whole Rittersport choclate bars and felt so guilty about it that I decided to go for a run. My gps was being a bit funky so I thought I ran over 5k, but after adjusting some of the weird off course gps points I ended up under 5k. Oh well. It was nice to be running again. I haven’t been running for ages and I’m always so bad at it during the WOD’s that I think it’s good to practice it a bit more often again. 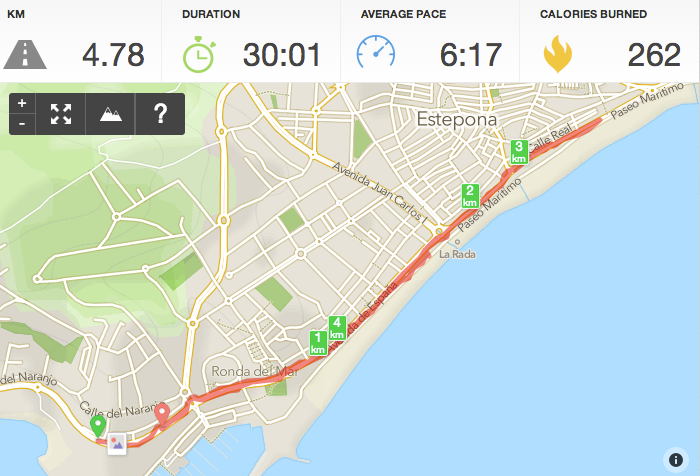 I don’t think I’ll ever be a good runner, but I think I did ok, if you account for the fact that it was still 30 degrees outside!