I finally got around to editing those videos. As I said.. I’m not so happy with my back squat. Looking back I think the form is not that bad as I thought when first looking at it, but I definitely loose depth in my last set. I think the 105 lbs is quite alright.. Could go deeper obviously, but I think they would be considered good reps. Or am I delirious thinking that?

And my kb swings… I’m not very good at video editing lol. It took me ages to figure out how to add a clock to the video.. and it’s not very accurate the way I did it.. but anyway..

It’s been 14 days since my last post! What happened there? Well, a whole lot! I became an auntie again!!! I am proud auntie of little Kyan who was born on August 10, 2014. He came a month earlier than planned which made me go on an impromptu trip to Holland to be with my family. 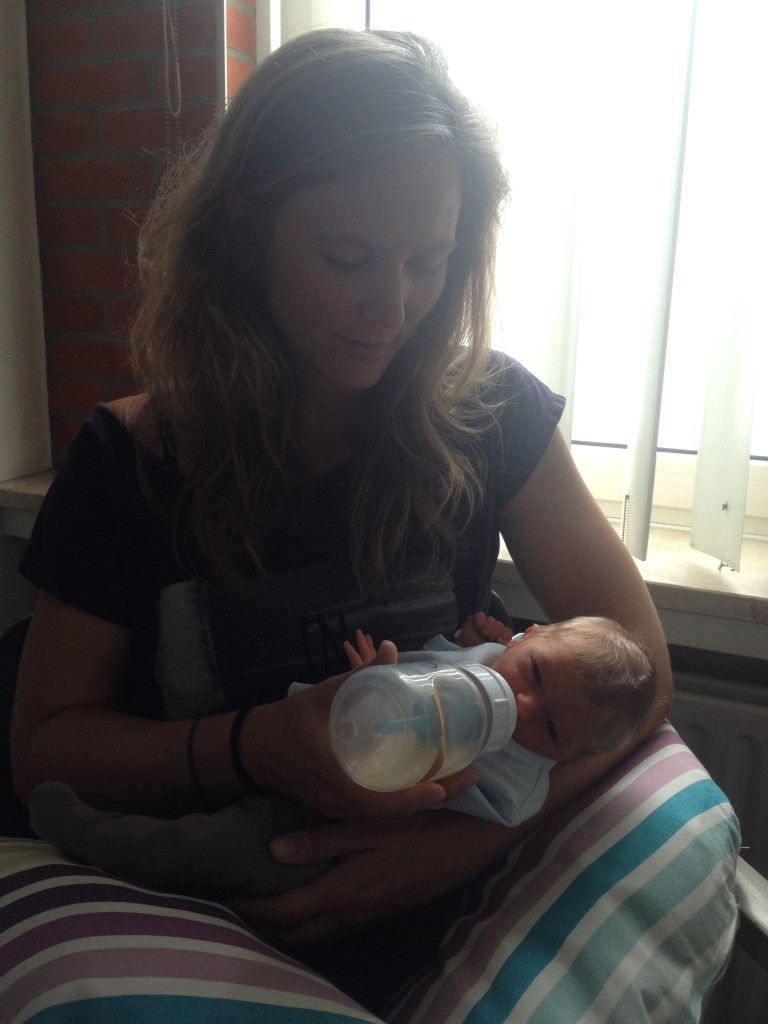 However, before I went to Holland on the 9th I did do a workout here in Spain on the 6th. I just didn’t have time to post about it yet. I did Wendler Week 3, Day 1, Shoulder Press and Day 2, Deadlift. 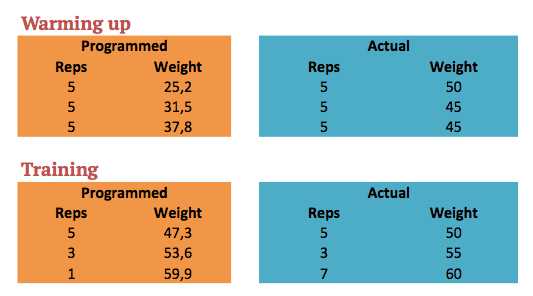 As you can see I messed up the weights on the warming up big time. I don’t know how I got so confused, but the first set felt really heave haha. Wonder why :p.

I actually filmed my last set (7 reps of 60). I was curious to see my form and thought I could learn from it. I filmed a bit too low though, so can’t see my extension. But it might be fun to keep for future comparison anyway.

After the shoulder press I went straight into the deadlifts. 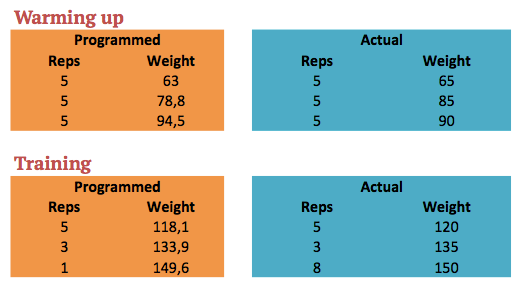 And I filmed those two. My second set and the last one. And these are actually quite useful, because I can see that I need to straighten my back more on the first rep (I think it looks ok on the last 2 reps?) and I think that I should put my feet a little bit closer together and/or push my knees out more. My legs look a little bit wobbly.


Also. Note to self. Control the pain face! lol

I don’t remember all my assistance work.. I think I tried some GHD situps, which were surprsingly hard (going down). I do remember I did 5 rounds of 3 strict dips and 3 strict pull ups.

So.. after that workout it’s been kind of quiet. The time in Holland was so hectic that I barely had time for myself, let alone workout. I did however manage to visit the local CrossFit box one evening for a workout. And I was very impressed. I didn’t expect too much of a box in Lelystad. Lelystad is quite a small city and for some reason I didn’t think a CrossFit box in Lelystad would be very big or good. But I was very, very wrong!!! Great box, with a lot of space and high quality equipment. And a great coach!! I thoroughly enjoyed my session there and learned a lot too! 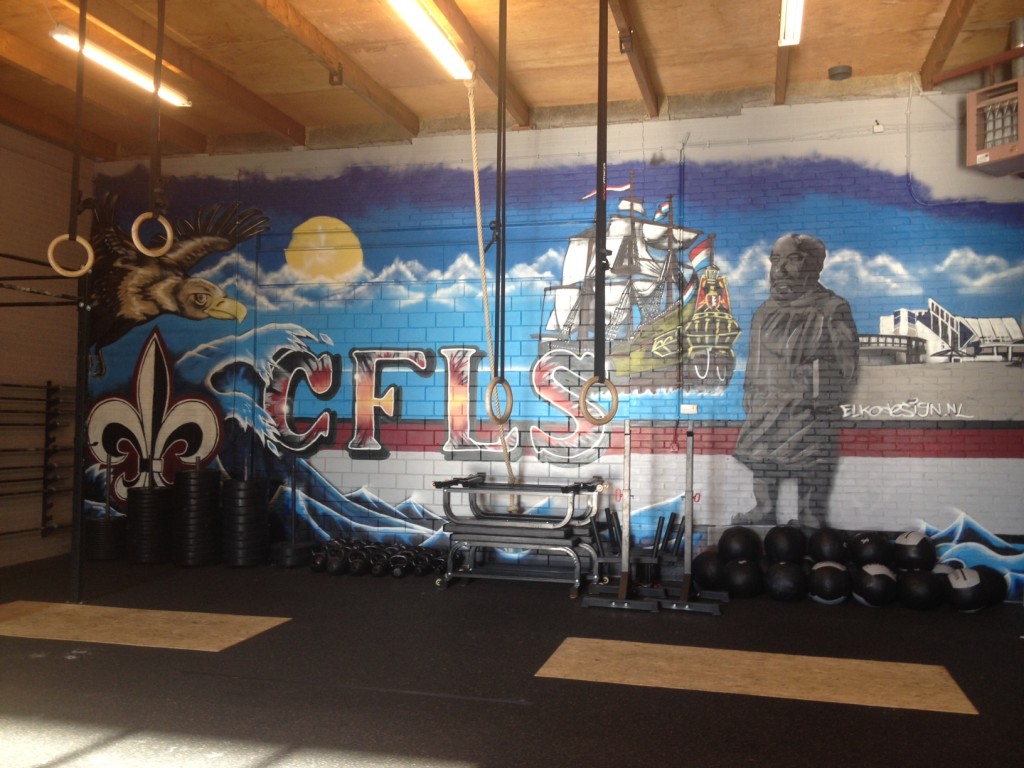 I went on Wednesday the 13th and the WOD was

My workout
The WOD itself was nothing special, but I was very impressed with the warm up, how it was planned out to match the wod. I had to do things I’ve never done before (worm to downward facing dog comes to mind). After the warming up we worked on skills, which mostly meant working on a kipping handstand push up. I only every practiced this once before and was happy to get some useful pointers on how to do this properly. I learned a lot in the short time spent on this!!

For the workout I scaled the reps of the hand stand pushups to 5 and I managed to do 5 of them kipping and unbroken. My double unders were absolute crap. They got better each round though. I think I had to get used to the rope a tiny little bit and lets be honest.. my double unders are just one big mess sometimes. In the first amrap I only got to a total reps of 65. The second amrap I did the dips eccentric and got to 68 reps. The third amrap went the best and I got to 80 reps.

After the WOD we spent time on a thought out cooling down, which involved “smashing” some muscles. Also something new for me.

I am honestly very impressed with CrossFit Lelystad and will definitely join for the 3 week period when I’ll be in my hometown in October/November!